Oily Underground: A Compilation of Exotic Music from Texas 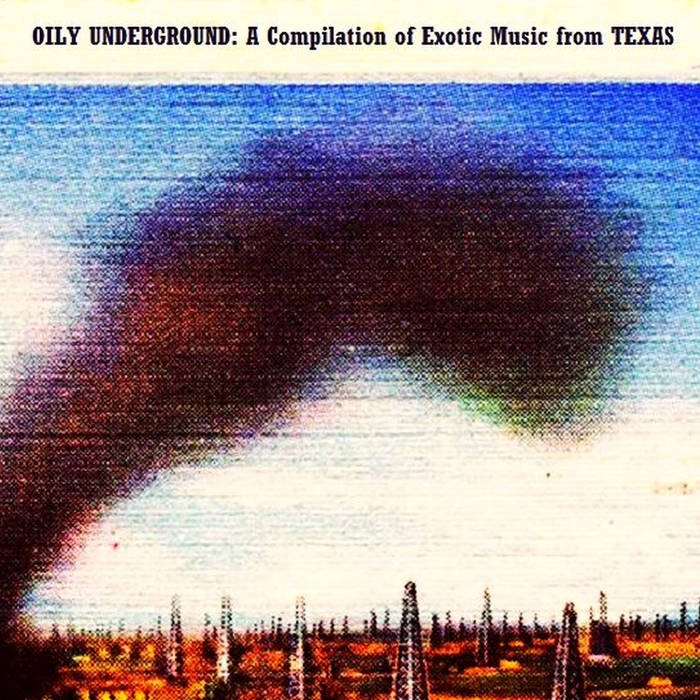 Texas is one of the 50 states that constitute The United States of America, a complex and bewildering political entity that presides over an enormous region of the Northern American subcontinent and systematically intervenes in the affairs of the rest of the world, and which was caught up in political turmoil as this album was being created. While the name "Texas" is associated with deserts, cowboys, oil tycoons and conservatism in the global imagination, the state is a place of great diversity and has always had a thriving, creative urban culture, having been home to many unique acts from sixties and onwards, such as Red Krayola, 13th Floor Elevators, The Reverend Horton Heat, Pantera, Butthole Surfers, Charalambides and Jandek. Today, the depths of the music scene of the state remains undiscovered by the global audience, or even by the general American audience itself, due to the extremely competitive nature of the country's vast music scene and tough financial conditions the system presents for musicians.

"Oily Underground: A Compilation of Exotic Music from Texas" was compiled in 2016 by Işık Sarıhan seated at the Inverted Spectrum Records headquarters in Budapest, Hungary, and released in January 2017. The collection presents ten pieces of music contributed by contemporary musicians from Texas. However, it was not put together to provide an exhaustive overview of the state's non-mainstream music scene. Rather, it came into existence as a result of the fact that the compiler happened to have quite a few personal contacts from Texas and wanted to turn this coincidence into a digital boutique album. Four bands presented here are friends and acquaintances of the compiler, four others were recommended by these friends and acquaintances, one was discovered on an online mixtape put together by one such recommended artist, and one was randomly discovered in an article about alternative bands from Texas. The selections include experimental synth-pop, carnivalesque post-punk, globally-informed psychedelia, feminist punk, instrumental sludge, Zappa-esque guitar stylings and free collective improvisations with jazzy and droney flavors.