The Music of the Secret Society that Owns Belgrade - Volume 3 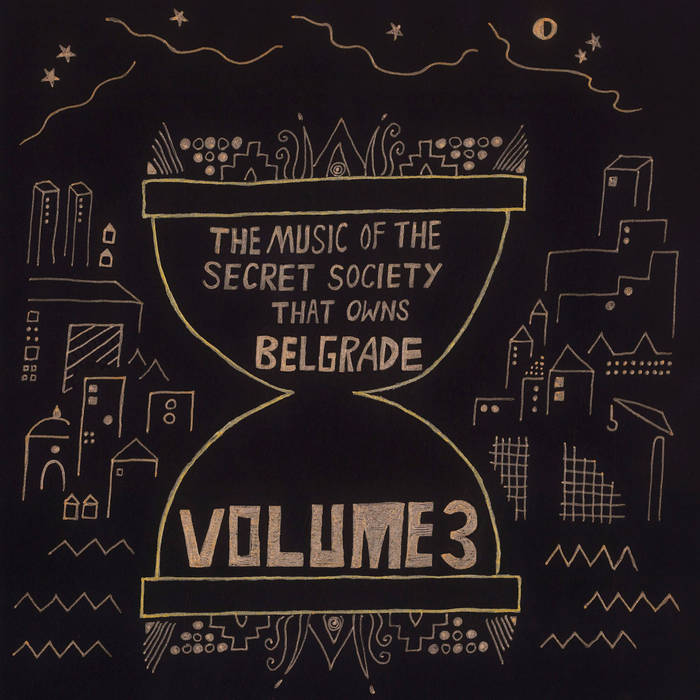 “The Music of the Secret Society that Owns Belgrade” is a yearly series of releases and concert events which aims to document and promote independent music made in Belgrade, Serbia, home to one of the most unique music scenes in the world today. The third volume includes ten new pieces many of which have not been previously released elsewhere, presenting the psychedelic and surfy urban folk music of Hotel Makedonija, Čuvarkuća, The Cyclist Conspiracy and Moussaka, exploring the territory of dreamy instrumental rock and moody electronica with songs by Crno Dete, Triko, Dol and Mangulica FM, and capturing free improvisation rituals by BICIKL and Transkatarza.

The album release festival was supposed to take place on 20 and 21 March 2020, Knap, Belgrade, with a pre-party on 17 March 2020, but as of 16 March both events are indefinitely postponed due the coronavirus outbreak.

For other volumes, see: invertedspectrumrecords.bandcamp.com


All rights reserved by the artists. ©

If you like The Music of the Secret Society that Owns Belgrade - Volume 3, you may also like: